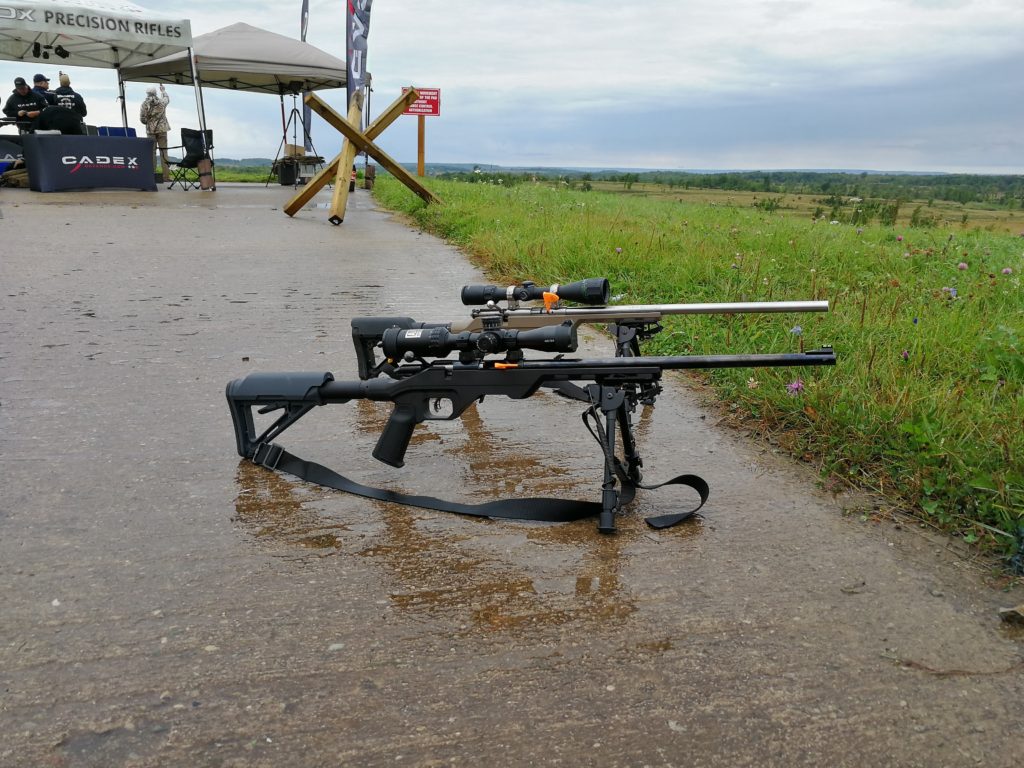 The Canadian Rimfire Precision Series is a new series of matches designed to provide competitors with a challenging set of matches centred around positional shooting.  Precision Rifle Shooting, popularized by the Precision Rifle Series and the National Rifle League, is a sport based on engaging one or more targets placed at one or more distances and shot from one or more positions against a time limit. These events challenge the competitors ability to manage their equipment, the conditions, their body and their mind.

The Canadian Rimfire Precision Series applies these same challenging match conditions and makes it one step harder by allowing only one cartridge at the match, the .22LR rimfire.  By standardizing the cartridge we believe we create a more level playing field and allow more focus to be placed on marksmanship skills vs equipment.

For you gear junkies, fear not, we have you covered. Each match is separated into two divisions, Production and Open.  The goal of the production division is to provide new shooters or shooters on a budget to be able to compete successfully using basic, affordable rimfire platforms and optics.  The Production division has a price limit of $500 MSRP for the rifle plus another $500 for the optics.  No modifications are allowed to the trigger group, receiver or barreled action. Some enhancements are permitted and include : Aftermarket cheek rests or pads, 10/22 auto bolt mods, 10/22 buffers, extended magazine releases and scope bubble levels. The Open division has no restriction on cost for either rifle, optics or enhancements.

The Canadian Rimfire Precision Series course of fire will use steel targets varying in size from 1/2″ to 12×24″ in size.  It will include various shapes and animal silhouettes.  Each stage will have 1 or more targets that may be placed between 50-350 meters.  Stages will typically require 10 rounds or less to complete and take 120 seconds or less.  The total round count for a typical match will not exceed 100 rounds of .22LR.

The shooting positions, like in Precision Rifle Shooting, will be varied and demanding.  You can expect a healthy dose of the standard Prone, Sitting, Kneeling and Standing firing positions.  In addition, there will be many stages that use props to create new and exciting opportunities to test your stable position building skills.  Some of these are: barricades, rooftop platforms, oil drums, tires, wire spools, chain link fencing, slack chain, bungee cord, tank traps and more.

The series will take place at several locations across Canada and is designed to bring more people into the sport and provide a challenging and fun match for experienced shooters.

Take a look at our calendar and register for an event near you.