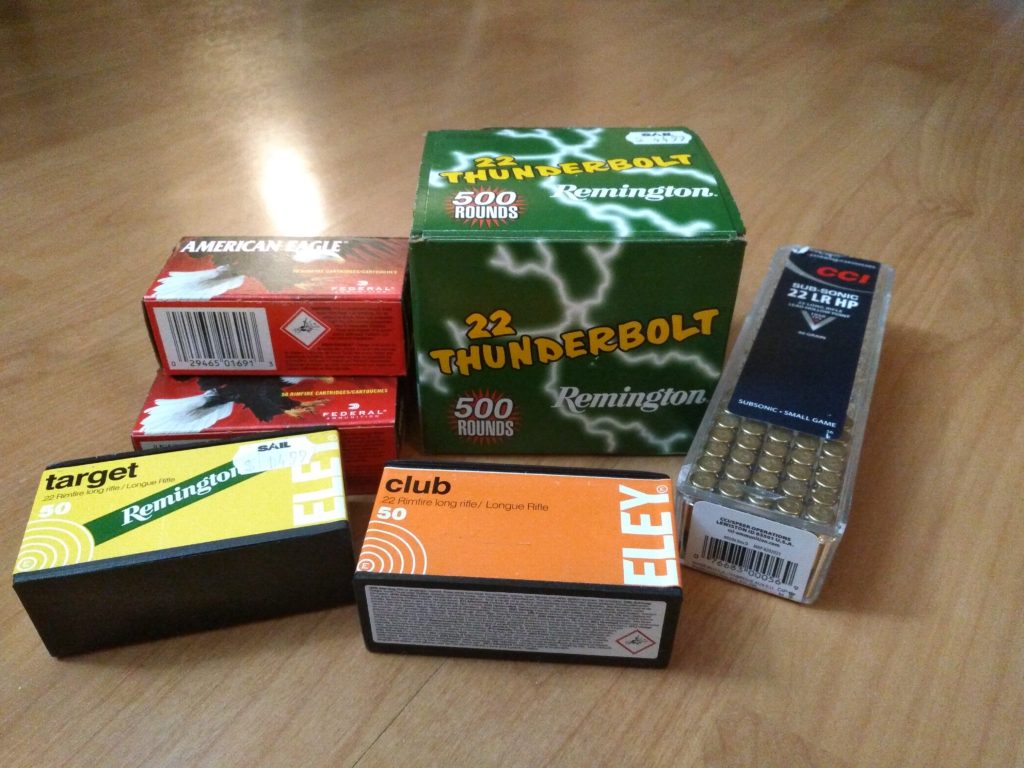 Ammo selection for your “Production” or “Open” division rifle can be a bit of a grind. Unlike its centrefire cousins, our rimfire rifles are subject to a life of being fed only factory ammo. Therefore we must sample a little bit of everything in order to find what works best in our rifles.

In the short time I have been shooting, I have shot over 10,000+ rounds of .22LR. I’ve tried everything from “plinking” grade to “target” grade all the way up to “match” grade. I have run it in semis and in bolt actions. Each one of my guns preferred a different brand/model.

I was planning on writing this article solely based off shooting multiple 5 shot groups of various grades of ammo. In order to try and isolate as much “user error” as possible, I was going to then compare the groups of the same ammo to draw a conclusion. This is how most shooters determine which ammo to shoot.

There was a better way.

I was at the local range and bumped into Andrew from the CRPS. He was at the range testing ammo for his .22LR trainers. What a coincidence. Everyone has caught the CRPS bug. He offered to let me use his Magnetospeed Chronograph to test my ammo. I gladly accepted. Then I humbly asked how to set it up, then how to make sense of it all.

By using the chronograph, we are able to look at data the greatly reduces “user error input”. It is a more scientific approach. For this test I used 2 – ten shot groups for each ammo. This will give us enough of a sample to get a good snap shot of what the ammo is capable of.

Here is the summarized data from the 10 shot groups (not removing outlier readings).

Making Sense of the #s

There are a few #’s you want to pay attention to in order to understand the whole story of what is going on with your ammo. They are Average Velocity, Standard Deviation, and Extreme Spread.

This is as the name suggests, the average velocity of the string of shots fired over the chronograph. This is a very helpful number to be used in the “Velocity” field of your ballistic calculators.

This is a measure of how consistent your ammo is performing. The lower the standard deviation, the more consistent the velocity. If you do your part as a shooter, this should translate into tighter groups on paper.

This number shows the how far off in velocity the infamous “fliers” are. If you extreme spread is low, the “fliers” may not be noticeable on paper or may be minimal. A high spread could potential be the difference of a hit and a miss at long distance. You can use the ES reading in conjunction with the SD reading to validate how accurate your average velocity is.

Example; Lets look at the raw data from the American Eagle

If we look at the complete picture of what’s going on, you can see that the high ES is bloating the standard deviation and the average velocity. The best thing to do, is look at the raw velocity readings from your shot group and take out the highest and lowest readings (the outliers) of 1150 and 1257. This should then paint a better picture of the true performance of your ammunition. The Average Velocity, ES, and SD readings will be more accurate.

By removing the outliers, you can see that American eagle appears to perform better than originally indicated.

Based on the data I gathered at the range (both the chronograph data and grouping with magnetospeed removed) I have decided to use Eley Club. I bought 150 rds from the same batch so y results shouldn’t vary too much from each box. It was also something I had access to locally and didn’t break the bank.

With the data gathered I can put in my info into Strelok ballistic calculator app. This will help me with the elevation and windage adjustments needed for the CRPS course of fire.

In the end, if you want to know what ammo will give the best performance, maybe the best thing to do is try whatever is available to you. You don’t have to have a chronograph, just a steady rock solid support for your rifle.