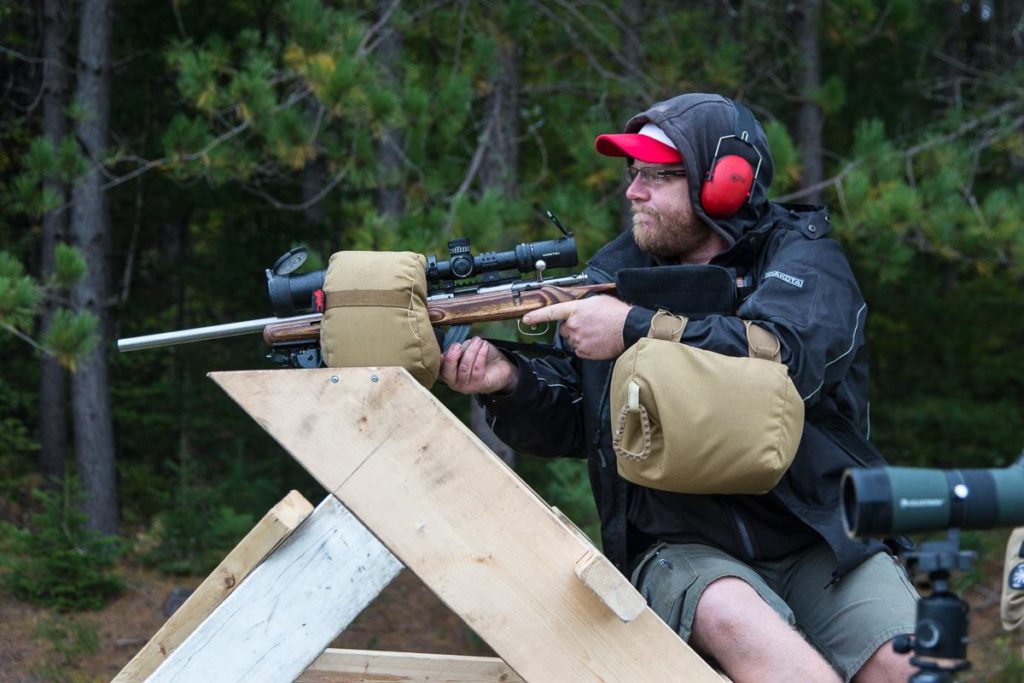 I’ll get the prophetic opening out of the way by sharing two quotes with you:

“No battle plan ever survives contact with the enemy.”
― Helmuth von Moltke the Elder

“In preparing for battle I have always found that plans are useless, but planning is indispensable.”
― Dwight D. Eisenhower

Now if we replace “enemy” with “start signal” and “battle” with “the stage”, we can quickly relate these war-time quotes to the rigours of precision rifle competition. Lord knows we all go into a match thinking that our skills and equipment are wired tight, only to have someone yell “ENGAGE” in our ear and our amazing plan to clean the stage quickly evaporates. From looking for an edge, to trying to simplify things (by usually making it more complicated), I’m sure we all have stages and instances that we wish we could reshoot. 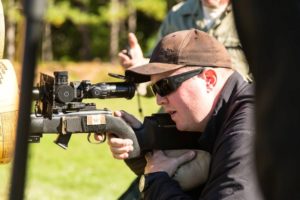 Nevertheless, I’ve gone to great lengths and suffered numerous headaches and face-palm moments to bring you this list. While I wasn’t the victim in all of these instances (I occasionally witnessed others pooch a stage worse than me), I’m sure we can all relate to the pain, agony, and lost points thanks to the six inches between our ears.

I by no means share this list and expect everyone to learn from one person’s mistakes (us shooters are too stubborn for that), and I also recognize that any common-sense person would already know these things and wonder how the heck this could happen. Trust me though, those shot timer beeps and ENGAGE commands sometimes act like the Men in Black memory eraser!

So without further ado, here are the Top 10 Stupid Mistakes I’ve Made (or witnessed)! 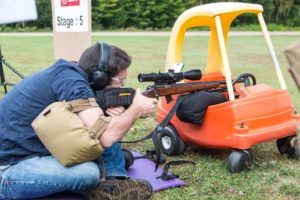 Whether its mags, a bag, targets, batteries, or the right ammo, forgetting any of these can completely kill a range session.  There’s nothing worse than driving some distance to the range only to realize the one thing you wanted to work on, or practice with, is still sitting in your basement. 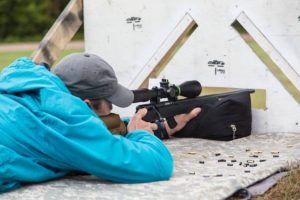 Been on a line and have heard: meters, mph, yards, mils, moa, kph, and m/s thrown around? Instead of getting hung up on understanding what everyone is talking about, pick the units that you’re comfortable working with and stick to those. If you’re looking to pull data from other shooters, make up some conversion charts to quickly translate their speak into something you can easily understand and apply to the gun. I’ve seen shooters send all 10rds over a target thinking it was at 50m when the match book says 50yds. That difference, although minute, will certainly result in a miss if you’re shooting at a 1” swinger. 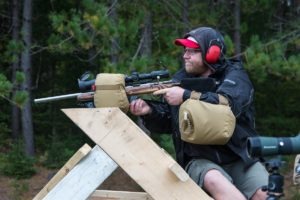 My first-ever rifle match was on a 200 & 400 range. We were allowed to confirm zeros at each range prior to the match starting, but with the sun in our faces, I had a tough time spotting my bullet holes until we went to pull the paper targets. The range was advertised with big signs saying 200 & 400 YDS. When I saw my targets and noticed the groups were low or high of the aiming point, I was informed that it was actually 200m and 400yds. With no time to confirm, I shot based on the data I was told, only to be later told that its 200yds and 400m.

I bought a range finder later that week. 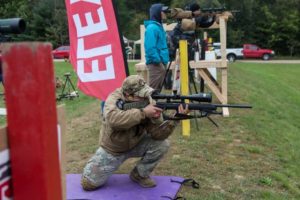 While we did have 15kph winds at the last NRL22 match, my calculator seemed overly optimistic in what it wanted me to hold for wind. I’ve developed a deep trust in my calculator over the last year, and trust its outputs almost implicitly. During my first stage however, I held for wind and missed 8 of my 10 shots (likely upwind). After that, I ignored the wind calls and held within the plate for the rest of the match. I get back to update my calculator for Valcartier, and notice that that particular scope was setup for a windage adjustment of 1/10 MOA (instead of mils). 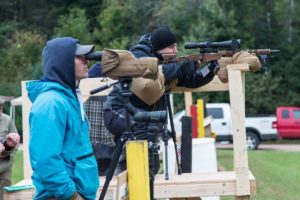 Trying to find an edge, simplifying things (by making them more complicated), or trying to save time, I’ve failed terribly at dialling for some targets, holding for others, etc… during a multiple target engagement stage. I can count on one hand the number of times it’s actually simplified things and saved time, where most times I’ve forgotten to hold or forgotten dial, and put a nice tight group down nowhere near the target. Keep it simple! 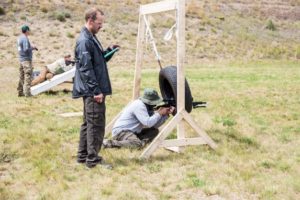 While I haven’t (or cant remember) making this mistake myself, far too many times have I seen someone walk up to a 10rd stage with less than a full mag of ammo, and proceed to run dry part way through the stage.

Always check for the bottom of the mag follower following a stage, and if you’re still unsure, empty all rounds are reload the mag from scratch to ensure they’re topped off. These are simple points that are being given away! 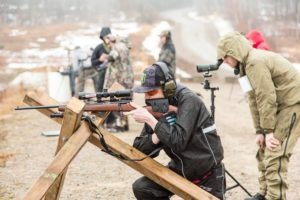 We’ve all been in a stage that requires us to spin the turrets at least one revolution to get the correct elevation, but how many remember to actually dial that turret back to zero once you’ve cleared off the line? Whether you start a stage with an incorrect elevation, or a full rotation off, you’re likely not going to hit the target. If you don’t have a zero-stop on your scope, pay careful attention to the adjustments you do make, so that you can return to zero and start the next stage. 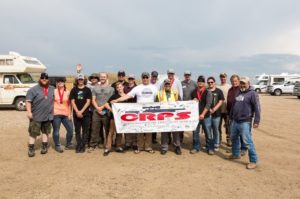 While common sense would dictate that starting the bullet downwind of the target will miss 100% of the time, I diligently sent at least four perfectly fired rounds that all splashed in a tight little group left of the target, hoping that I could disprove physics. 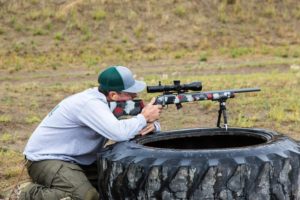 The first match of the year up in Petawawa a couple years ago, and I took my 308 out of hibernation to take on the ORA Precision Rifle course of fire with Barney (Tactical Teacher).  While at the 600m firing line, I would get 2-3 rounds hitting the v-bull, before the next round would hit well high or well low into the berm in front of the target. Troubleshooting (and getting frustrated) behind the gun, I pumped round after round into that target, with varying degrees of accuracy. Pissed off, I went to tear the gun apart when I got home, only to realize my action screws were maybe finger tight (and certainly not torqued to their usual setting). 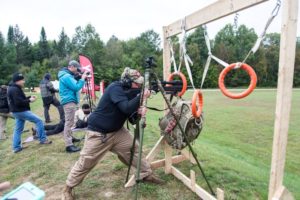 I’m a firm believer that you can only “buy” so many hits. By that I mean, gear and equipment purchases will only get you so far, and that practice is what truly makes a shooter successful. Every match has shooters unboxing their rifles with every gizmo and gadget strapped, clamped, and taped to their rifle because the internet told them it’ll make them a better shooter. This can be true, but it requires that the shooter actually train and practice with that new gear in order to get the maximum benefit out of it. I’ve seen shooters with lasers, kestrels, e-dope cards, tripods, and every bag you can buy, spending more time struggling to make them work during a stage and on the clock. More often than not though, the shooter gets bogged down in so much gear-ness that their ability to shoot the stage is negatively affected.

*attached pics are to show the awesomeness of CRPS, and are in no way suggesting that the shooter in the pic is necessarily tied to a particular mistake.

View all posts by Chris Ward

Chris Ward is an avid sport shooter currently residing in Ottawa Ontario. In addition to competing in precision rifle competitions, he qualified multiple times as a "Rifleman" in Project Mapleseed, is an A-class shooter in IPSC Production Division, and the match director for the monthly NRL22 matches held at Stittsville Shooting Ranges in Ottawa